‘To Live Would Be An Awfully Big Adventure’ 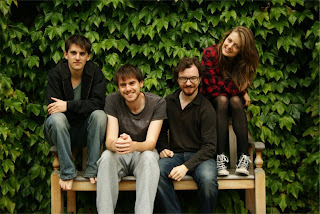 ‘To Live Would Be An Awfully Big Adventure’

Jethro, for example, had played the same character in ‘The Boy James’ on and off for about a year, and on asking how this affected his ability to improvise, he gave me an illuminating response:

There are things that the audience will think are special that actually happen every night, but they feel like they’re happening for the first time. But there are other things that genuinely do happen differently, like later on in the show people come over to me and obviously that’s really touching as at the end of the play the boy is most vulnerable, so when audience members come over and return an item, or give the Boy James a cuddle, or a pat on the head - that does happen relatively often - each time it does feel very special, it’s a really meaningful thing. The show is improvised, but based on the experience of having done it dozens of times (Interview, 04/08/2011).

To put his statement in context, it is necessary to briefly outline the play Jethro is referring to. ‘The Boy James’ by Alex Wright centres on a character called The Boy (played by Jethro), who undergoes a traumatic event involving The Girl (played by Lucy), which forces him to accept his fate in becoming an adult: he must leave the ‘childlike’ desires, wishes and make-believe of youth behind. This change is further highlighted by the presence of The Adult James (played by Dan), who quietly and mysteriously rejects the Boy’s plea for him to continue on the adventures that in the play typify childhood. This interaction is most poignant when The Adult James leaves The Boy for the final time alone in his study, with just a written note that the illiterate child cannot read. The character thus makes a plea for an audience volunteer to read the letter for him. He then takes their hand and seats them at a desk in the centre of the room and asks them to begin. Each time I saw the play, not only did someone always volunteer, but also the reader was consistently visibly emotional in response to the letter’s content; in two out of six performances I witnessed, the readers cried.

Wright’s play is heavily symbolic and can thus be widely interpreted, and Jethro’s experience of playing The Boy indicates the many possible reactions audience members can have. On a practical level, the play is restricted by a number of ‘frames’: a script, a series of rehearsed movement, action and speech, which are repeated constantly for a month. Even so, ‘real’ moments of human emotion cut through what could have easily become mundane (Schechner, 1977). Immersive theatre in these instances seems characterised by relationships between audience members and actors which transcend the hyperreality of the constructed authenticity of the show. Conversely, the complete opposite could be argued. These moments of intimacy could be seen as products of total hyperreality – the audience members are so convinced by the simulated reality the ‘world’ that the play presents, that they appear to act as if Jethro is in fact a vulnerable child by comforting and touching him.

To interpret what is going on here is a complex task. One might assume audience members are indulging in a ‘willing suspension of disbelief’ (Coleridge 1818, cited in Emigh 1996), however it would seem the fullness of Jethro’s performance as the Boy, combined with the immersive ‘world’ that the set presents, induces ‘delicious instants of complete illusion’ (Stendahl 1823, cited in ibid). By inducing belief within the audience, Jethro becomes a child who has undergone a traumatic experience for the first time, who must be cared for by his ‘friends’ in the audience. In this example, for Jethro it is ‘the real’ which matters most. The most memorable audience reaction he experienced, for instance, was an elderly audience member who reassured him as she left the play with the words, ‘to live would be an awfully big adventure’, alluding to the script of Peter Pan in Barrie’s most famous work (2007 [1902]) in which Peter says, ‘to die would be an awfully big adventure’ (121, my emphasis). For Jethro, these moments were touching on a personal level, and were what made the experience varied and meaningful as opposed to simply routine. They also condensed the joy of acting in immersive theatre for Jethro, in that to live as a real character was an adventure, and what made the repetition of performances bearable.

This chapter has sought to demonstrate that ‘reality’ was a notion created in the discourse of Belt Up as an ideal to strive for in both performance and aesthetics. It was precisely because this concept was a fiction born out of discussion, however, that when it came to realising the show materially, the concept as ideal became a concept of limitation. After the final performances at the end of August, in the depth of night, I joined the team to begin deconstructing the set. Objects were variously torn, discarded, and offered up to individuals. Their meaning vanished along with the imaginary worlds that would no longer be created; this temporary home was destroyed and the space restored to its original state of disrepair.

We are delighted to announce that 'The Boy James' and 'Outland' are to play the Adelaide Fringe Festival 2012.
GUY MASTERSON for THE CENTRE FOR INTERNATIONAL THEATRE
and JETHRO COMPTON LTD present
BELT UP THEATRE's THE BOY JAMES
by Alexander Wright
A dark, beautiful tale of a boy's heartrending awakening to the harsh realities of adulthood. A truly intimate experience from the inimitable Belt Up Theatre, "Edinburgh Fringe Royalty" (Time Out). "Just been knocked out by 'The Boy James'! Still drying my eyes" (Stephen Fry). ***** The Scotsman. ***** Fringe Review.
&
BELT UP THEATRE's OUTLAND
by Dominic Allen
Belt Up Theatre, "Edinburgh Fringe Royalty", invites you into a delightful world of childhood dreams and weird, wonderful characters. Inspired by Lewis Carroll’s life and work, 'Outland' will guide you back, deep into the imagination you'd forgotten you'd forgotten. Where will your dreams take you? "SIX STARS!!" (Broadway Baby).
visit www.beltuptheatre.com for full details
Posted by BeltUpTheatre at 15:33 No comments:

Audience Reviews: on THE BOY JAMES

here are some reviews from our audiences:
‘This production was beautifully done..... Quite simply STUNNING!!!!!’
Madeline Reid
‘Everything Stephen Fry said, then double it. Powerful and moving, taking the audience on an emotional roller coaster, the performance haunts long after leaving the theatre.’
Pamela Wood
‘Delightful and sensitive play, performed brilliantly by the "Boy James". See it if you can.’
Paul Kustow
‘Immersive and so well-conceived and delivered. WEll done’
Karthik Kumar
‘I couldn't stop thinking about "The Boy James" over the next 24 hours. It's rare for a piece of theatre to haunt you but this will.’
Mr M J Weedon
‘Top class … Terrific acting, especially from the male lead.’
Michael Hubbard
‘A great experience. Very moving.’
David Goodrum
'The Boy James' returns to London from 25 Jan - 11 Feb 2012. Full details at www.beltuptheatre.com
Posted by BeltUpTheatre at 07:06 No comments:

Year of the Producer: A blog for Whatsonstage

Belt Up's Co-Artistic Director and Producer, Jethro Compton, has written a blog for Whatsonstage's Year of the Producer.
A wise old man once warned me that producing can be a very lonely business. Of course producing does have its fabulous show business qualities; opening night galas, champagne breakfasts and private auditions with gorgeous young actresses. However, you spend the rest of your time alone with your thoughts; you lie awake at night panicking about ticket sales, panicking about your cash flow, generally panicking – and the whole time making sure there is enough money in your account to purchase that all important one-way ticket to a non-deportable country and start your new life.Being an independent producer, at times you are the captain of your own ship, with a full crew, a glorious destination and engines running full steam ahead. At others your ship is sinking, your crew has drowned, the water is rising and all the lifeboats have f****d off.
Over the past few months I’ve felt a real change in the way I work with other producers – even the way I socialise with other producers. A lot of people see them as the competition… the enemy. The reality is that we all share the same enemies and actually by working together, sharing and helping each other as producers, individually we all become far stronger.
Stage One gives you that network. It’s not quite a safety net, but it’s a close a thing you’ll get to a safety net. Whether that’s through the training, workshops and seminars that they offer, which prepare you as best as possible for the journey ahead, or the connections they make between us all, Stage One develops a network of people throughout the industry of all ages, experiences and backgrounds.
Producing independently is one of the most satisfying and rewarding experiences in theatre. To be working for a producer and to be part of that experience is obviously brilliant. But to work independently, or as an equal, the theatre you make is your theatre. It isn't someone else's artistic vision. It's yours. And what better way to learn than to just do it? And if you get it wrong? Even better. It's the mistakes that mean something. Successes are pure luck.
And as much as I love the Apprentices, I do love reminding them of the fact I get to have a lie-in whenever I like. And I can take a lunch break all afternoon if I want. That is, if I’m not too busy having nap… or if I’ve gone home early. Or not come in at all. And of course there’s naked Friday. I bet they don’t get that in their West End offices.
For more articles from our Year of the Producer series, visit whatsonstage.com/yearoftheproducer
For further information about the producers taking part, click here.
Jethro is the producer of 'The Boy James' which returns to London from 25 Jan - 11 Feb 2012. Full details at www.beltuptheatre.com
Posted by BeltUpTheatre at 06:14 No comments:

'The Boy James' - The new image 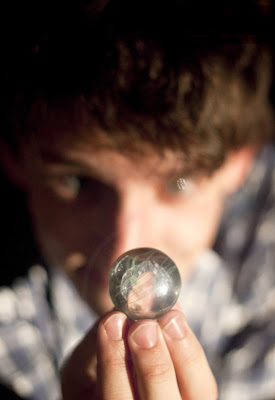 This is the new image for 'The Boy James'. The photo comes courtesy of Claudine Quinn.
You can find out more about Claudine and her work at www.claudinequinn.com
The Boy James' returns to London from 25 Jan - 11 Feb 2012. Full details at www.beltuptheatre.com
Posted by BeltUpTheatre at 07:16 No comments: 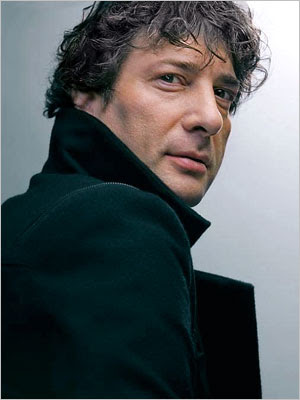 'The Boy James was the highlight of the Edinburgh Festival for me, last year.'
After the performance this summer - during which Neil graced us with his wonderful reading skills -he tweeted, 'Incandescent drama. Moving and beautifully played.'
'The Boy James' returns to London from 25 Jan - 11 Feb 2012. Full details at www.beltuptheatre.com
Posted by BeltUpTheatre at 07:08 No comments: