The Guardian on Macbeth 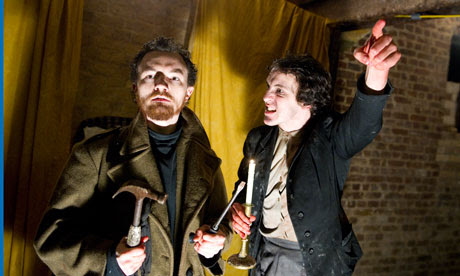 'Belt Up once again prove adept at working in tandem with the spectres that linger in apparently empty spaces.'

Lyn Gardner for The Guardian


Posted by BeltUpTheatre at 02:34 No comments: 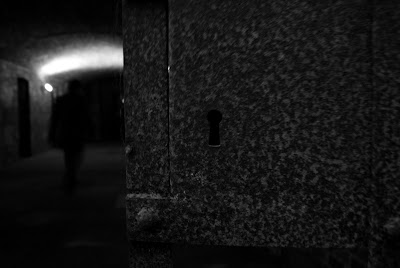 'Just had fab time at the House of Detention (an old prison in Clerkenwell) watching Belt Up's brilliant production of Macbeth.' Stephen Fry


Posted by BeltUpTheatre at 02:21 No comments:

The Observer on Belt Up Theatre's Macbeth 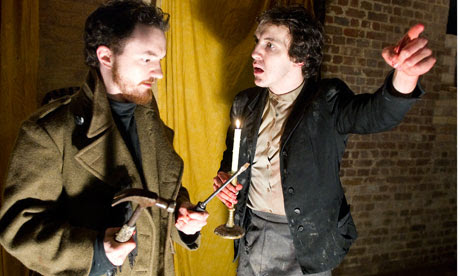 'a company at the beginning of its career, finding its way and worth following'
Susannah Clapp for The Observer.

The First Production Shots of Macbeth 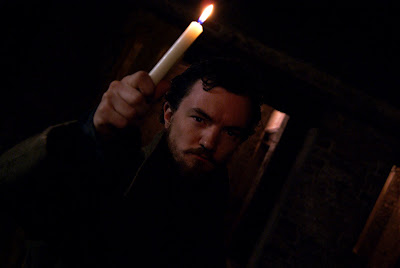 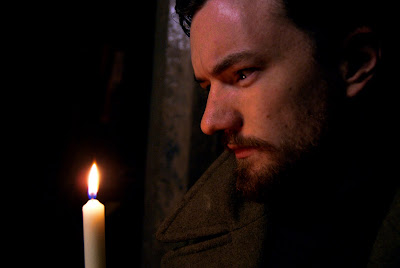 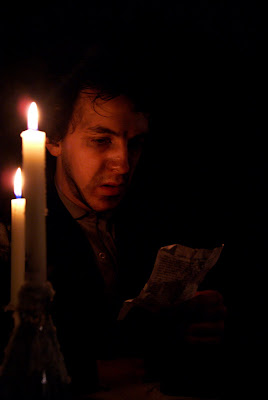 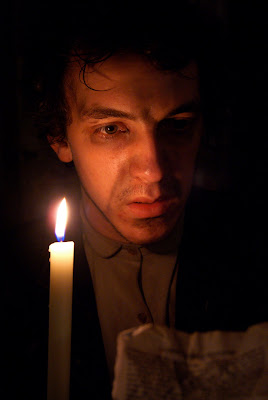 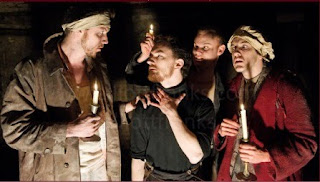 'Some say Belt-Up too prolific; but they're just learning on the job, 21st C theatre's equivalent of old rep system. Macbeth rough but ready'

'Grazing during shows now endemic.Girl munched muffin through bloody bit of Macbeth promenade as if normal thing to do when witnessing murder'

'Director Alexander Wright has utilised the site with skill'

'Dominic Allen is a young Macbeth... balancing the poetry against the need for naturalism in such close quarters'


Review from Sam Marlowe for The Times:

'The best site-specific theatre interacts with its chosen space; the worst merely plonks an indifferent staging in an intriguing spot and assumes that’s enough. This effort, unfortunately, tends towards the latter.'

'Restless spirits may stalk these cells; but visitors to this production will depart
disappointingly untroubled.'

Posted by BeltUpTheatre at 08:36 No comments:

Councillor Allan has posted on the Clerkenwell Liberal Democrat's blog talking of the license that has been granted to the House of Detention.

If anyone in the area experienced any serious problems during the Macbeth run, please try to notify them immediately to the management of the event, at the premises. If they concern music noise, contact the Noise Patrol via Contact Islington (020 7527 2000) and if they concern public order or otherwise merit immediate police intervention, dial 999.


We will be inviting the Councillor to a performance of Macbeth to witness for himself the nature of the event. Perhaps then he will put this nonsense to rest.
Posted by BeltUpTheatre at 06:02 No comments:

Picture: OUTRAGE & FEAR: Sans Walk residents Betty Landers, Eileen Dear and Trudy Penk with Cllr Andrews and Cllr Allan who fear the License to sell alcohol at the performances of Macbeth will result in a “drunken nightmare”.

Residents, acording to an article for the Islington Tribune by Peter Gruner, not only fear nose-painting and urine but also sleep... outstanding journalism Mr Gruner.

Local Councellor, Liberal Democrat George Allan said that granting the alcohol licence could ruin the quality of life for residents in the area. After the hearing held by Islington Licensing Committee on Monday 11th, Cllr Allan said he was disappointed the licence had been granted.

Posted by BeltUpTheatre at 04:35 No comments:

Revloutionary 3D Scans of Our Venue - The House of Detention

This is groundbreaking technology that has never been used for this purpose.

Allows you to travel through spaces in an entirely new way.

Scan and Film made in association with SCAN LAB

This is what the makers say:

ScanLAB is an ongoing series of experimental projects investigating the use of 3D laser scanning in architecture. 3D scanning is an emerging architectural discourse and a potent tool for design and fabrication.

We explore 3D scanning at all scales, from intricately detailed object to vast cityscapes. The technologies employed range from desktop self‐assemblages to state of the art LiDAR based surveying tools. Our investigations lead us to produce images, animations and artefacts.

ScanLAB is run by Matthew Shaw and William Trossell.


For more information please contact studio@scanlabprojects.com
Posted by BeltUpTheatre at 05:42 No comments: 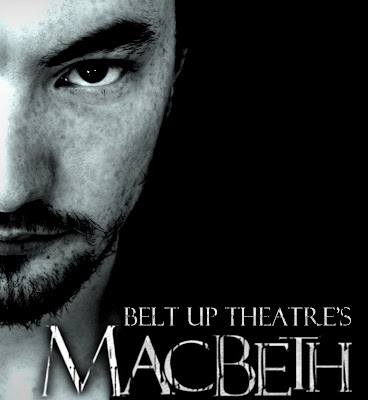 This is, I hope, the first instalment of what will be an exciting and uncertain journey in to and through our new production of Macbeth.

We are performing in London at the House Of Dentention in Clerkenwell; part of an old underground prison system dating from around the 1700’s. We had our first proper day of rehearsals today and to be perfectly honest it took me places I had never expected to go.

I am afraid of the dark; I always have been ever since I was a child. I used to be terrified that things were hiding under my bed or on the windowsill behind my curtains. Although I have grown up since then I occasionally get reminded that these old childhood fears still linger at the back of my mind and imagination. So the prospect of being faced with an allegedly haunted prison system admittedly left me a little weak at the knees. It was, though, important for us all to understand the space so that we could use it best for the show.

Now we have done a reasonable amount of site specific and site responsive work before. Sometimes we build our spaces and sometimes we use spaces that we have found. I feel quite used to and quite comfortable with this process. We are quite used to getting to know spaces, to feel an ownership over them and learning how to use them for our shows. But this space felt different. And it is different, everything about it is different.

Ordinarily we give a space its atmosphere; we impose a theatricality upon it. Either we build a space or we create a context for the space. But this time we are dealing with something very different. The House of Detention has been used as a prison, as a work house, as an air raid shelter, as a prisoner of war camp: It has so much history behind it, so much history hidden in and around it. It’s hard to describe how this feels as someone who is about to make a show in there but I think we all felt the same today.

We decided that we should spend some time in the space with no motive other than to get to know it. It’s a little labyrinthine and it’s little disconcerting and we needed to get over this, we needed to feel comfortable there. So we thought we’d take the bull by the horns and just spend time in their, simple. I think secretly we were all expecting to use this time to get over our childhood and spookish fears. We wanted to feel a sense of ownership and a sense of control. But for me I had a very different and unexpected experience.

After spending an hour in the space just standing and looking and moving slowly around, I felt anything but a sense of ownership. I felt humbled and privileged to be there, I felt like I needed to thank History and Time for allowing me in to their domain. It’s hard to express. That place has seen so much pain, so much confusion and terror that the walls seem to drip with it. As soon as you step out of the sunlight and through the doors you walk in to a forgotten world. When you actually stop and look, think about what the huge iron hinges in the walls were for, when you figure out the dimensions of the cells, when you think about the darkness and the noise that would have been down there, it’s almost overwhelming. I have never felt humbled by space before, never felt so grateful and so dutiful towards History and Time. I realise now that we have a responsibility to this space, to the echoes and the secrets and the lives that are sunken in to its walls. I think we all realise now that this is not something we can take so lightly.

None of us are really superstitious and none of us were expecting to come face to face with a ghost or ghoul. But the place does have a spirit and it feels like a spirit that is hundreds of years old and that is a combination of all the people who have passed through that network of cells. I asked the cast to go and run bits of lines, to tell them to the walls and the nooks and crannies, to get a feel for how the script might fit in. As I have no lines I was, for a while, wandering and listening. I found myself stood towards the back of the system and felt a slight chilly breeze on my side. By no means was this a ghostly chill, I’m not suggesting that. However, as I stood there on my own I found myself talking quietly to the walls. I found myself thanking History and Time for allowing us to be here; explaining who we were and what we’ll be doing; explaining how we are not here to exploit the space but rather we are privileged to be using it; saying thank you; explaining how we hold the upmost respect. And as I said this, ‘Thank you, we respect you’, the chill dropped from my side and I felt entirely comfortable, without any trace of those childhood fears and imaginings. And this feeling remained for the rest of the day.

I no longer desire a feeling of ownership over the space, but rather an understanding. An understanding of what that space is, what it means and what it holds and has held within its walls. I have no real idea how History works, how Time works or how Spirits work, but in that place they all have my respect and my thanks and I know that will feed and drive the show. For the space, 6 weeks out of over 300 years is nothing, but for me it has started to matter. It has already changed my perception of site specific and site responsive theatre. A site is not something to claim for your own, it is a living and breathing, dynamic and constantly shifting entity that we can have no real control over, nor should we try. We must work with it. It is older and wiser than us. And, in this case, far more real than our theatre can ever be. I look forward to getting to know it better.