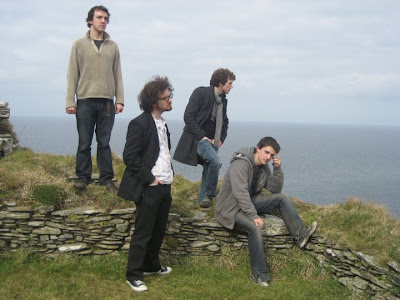 A few months ago we had some work fall through that had been planned across December and January. It was too late to try and get in to any theatre’s programme and we couldn’t just leave two empty months standing by. So, to fill the gap, we thought we’d try and take Octavia, our family show, around some rural venues.

I can clearly recount the day I spent sitting ringing over 100 village halls in Yorkshire and Cornwall to try and make it happen: speaking to innumerate people, explaining the shows, leaving messages, posting information out, emailing dates and times and costs. It was a surprisingly large amount of work.

We have never done any rural touring before. The closest we’ve got is taking shows back to our home towns for one night only, but this is different and quite easy, because our home towns are our home towns. I got some help and information off Rural Arts in Yorkshire and Carn to Cove in Cornwall, both rural touring organisations, and they were wonderfully helpful. I have to say I take my hat off to them.

There are things we are used to that come with the venues we normally work in, however these rules don’t apply out in the countryside. The venues we’re going to are run by people who give up their own time, for free, to organise events for their community and they do it all for nothing. And, most importantly, they aren’t theatres and they don’t spend their time programming theatre.

Over the last few weeks we have played to 65 people squished in the restaurant of a pub, and to 12 people rattling in around in a big old sports hall. Every show has been different and unpredictable.

We were performing in the restaurant of the pub in Coxwold, the village I grew up in about 30 miles north of York. It was packed, there was hardly space to perform. It was amazing that so many people had turned out on a cold Winter night. Some people with kids and others without. Of course, I knew some people there but not that many. A lot of people had come because it was an event in the village. They wanted to support the pub but also they wanted to come. We were speaking to the landlord afterwards and he was saying that every event they do there goes down really well because people want entertainment. The nearest place people around my area can go is York, which is the best part of an hours drive away. So when stuff is brought to them they flock to it, wanting to see it.

And this is one of the most wonderful things that we have noticed: that the audience arrive already on your side, wanting to have fun and to be entertained. They don’t need convincing because they have come for a good night out.

It’s funny to think how much you can spend on a show; how much money, time, sweat, stress, tech etc in a big theatre to make it as wonderful as possible. We’ve done that plenty of times in Edinburgh and in London, and some audiences come in needing to be impressed, needing to be convinced because they have had to make the effort to get there and watch it, they have done you a favour by coming to you. But if you come to them it’s a different story: we can roll out some turf and turn on some fairy lights in a village hall and the atmosphere is there, with no cost, time, stress or tech because people want you to be there.

It’s still something we are very new at, but rural touring is something we are very much enjoying and I think it is a lot more important than we gave it credit for. Theatre shouldn’t and doesn’t just exist in theatres: it’s in fringes, schools, halls, pubs, communities, parks. And each place it exists in, it exists a little differently. It has it’s own nuances and idiosyncrasies, it’s own personality and way of working and none of these ways are better than the other, there is a lot to be said for all of them. But for us, we have genuinely begun to appreciate the simple enjoyment of a good night out.

We are looking forward to the next few dates in Cornwall and what they next few shows might throw up. And we hope they are as enjoyable as the rest have been. We only have 4 more to go, but I very much hope we’ll be back.

(NB - please excuse the wonderfully cheesy photo. It was taken in Tintagel in Cornwall. We are deliberately posing. I struggled to find a related picture)

Alexander Wright
Posted by BeltUpTheatre at 03:35