As we announced earlier in the year, we’re not making any new shows for the time being and we’re not touring any of our existing ones. We’re ‘on a break’ - for want of a better term - working out what the future is going to be for the company.

As such, we’re not going to be in Edinburgh for the festival this summer. Well, not all doing the same thing at least. Jethro and Jamie are working on The Bunker Trilogy, Alex and Dom are making work with The Flanagan Collective. 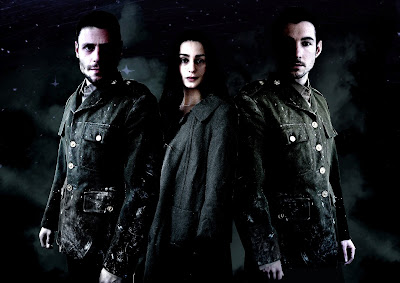 An entirely immersive experience. Three classic legends reimagined in the heart of World War One.

MORGANA, the Arthurian Legend. In the trenches, three young soldiers in search of distraction and delight find more than they bargained for in the beautiful and mysterious Morgana Le ​Fay.

​​AGAMEMNON, the Ancient Greek Legend. The trenches, 1918. Journey into the delusions of a soldier, devastated by war, convinced of a plot to bring him down.

﻿﻿MACBETH, the Shakespearean Legend, thrusts you deep into the heart of the First World War as the King, tormented by witches, hallucinations and apparitions, prepares for battle.

Belt Up Theatre's Producer and co-Artistic Director, Jethro Compton, is going to be directing and designing the three shows and working with Jonny Sims who will be composing the original scores for each of them. Jonny composed the score for A Little Princess both on stage and for radio.

Fellow Artistic Director, Jamie Wilkes, is writing the scripts for Morgana and Agamemnon. Jamie is the acclaimed author of a number of Edinburgh hits including Belt Up Theatre’s Women of Troy in 2008,  Metamorphosis and Atrium in 2010 and the runaway success, The Tartuffe, which had two incredible sold out years at the Fringe in 2008 and 2009.

All three shows are going to be performed every day in Edinburgh for the entire run of the Fringe (31st July - 26th August 2013) at C nova on Victoria Street. The Bunker will also be hosting a number of bespoke and one-off events from friends of the company. 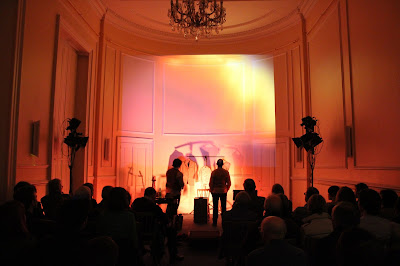 Beulah took the fringe by storm in 2012. Total Theatre Award nominated - and with 5* reviews from The Scotsman, ThreeWeeks, AYoungerTheatre, Public Reviews and Broadway Baby - Lyn Gardner called this two hander folk musical 'Charm itself.' Directed by Tom Bellerby and with soaring music from Jim Harbourne (Tortoise In A Nutshell) and Ed Wren (The River People), Beulah returns to the Fringe for a exclusive run between the 14th - 26th August, 13:40 @ C Main.

Beulah is written by Alexander Wright who's play The Boy James has toured with Belt Up Theatre since 2010, with sell out and critically acclaimed runs in Edinburgh, London, Adelaide and Kansas City.


Belt Up Theatre's Dominic Allen is making a new solo show with The Flanagan Collective too. The Bridge That Tom Built looks at the remarkable life of Tom Paine - the man responsible for the American Revolution and the French Revolution, before he built a bridge in a field in Paddington and died penniless and alone. Directed by Belt Up's associate artist Joe Hufton, Joe & Dom team up after the brilliant success of Outland.

As a writer Dom has penned some memorable original shows for Belt Up, including Outland and Lorca is Dead: or a brief history of surrealism. As a performer Dom has graced the Belt Up 'stages' with his Orgon in Tartuffe, Macbeth in Macbeth and probably hundreds of roles in The Drawing Room Trilogy (Outland, The Boy James, A Little Princess). The Bridge That Tom Built plays 14th - 26th August, 19:10 @ C Nova.

The Flanagan Collective will also be curating some one off parties here and there - expect to be dancing on the tables, glasses raised in hand and arms round the shoulder's of strangers. To keep up, set your eyes on @FlanCol / #LittleFest.

For more information head to www.theflanagancollective.co.uk 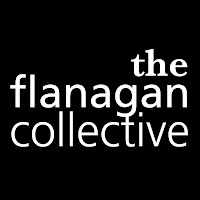